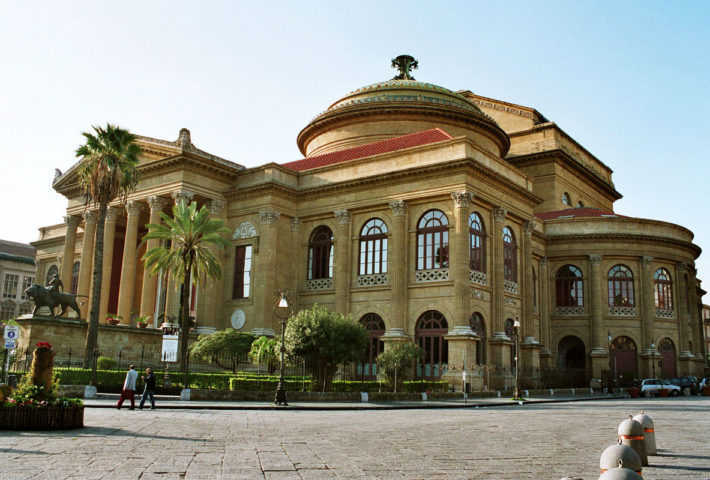 The Massimo Vittorio Emanuele Theatre is the largest opera theatre in Italy measuring 7730 m². it is also the third in Europe for its architectural size after the Opéra in Paris and Wien. It was built in the nineteenth century neoclassical style, contrasting the earlier baroque style.

Thirty five architects from different nationalities participated in a competition to win the contract of its construction. The contest was finally won by the famous Gian Battista Basile, from Palermo, at the death of whom, his son, Ernesto Basile, took his place. He was the most important figure of liberty style in Italy (he worked at Montecitorio).

On the 16th May 1897, with a representation of Falstaff by G. Verdi, the theatre, with its 3200 places, was opened. It had taken twenty-two years to be built.

In 1974 the theatre was closed to be restored in order to match with the new safety measures. It was re-opened on the 12th May 1997.